When one is planning a trip whose primary goal is to take pictures, the possibilities are limitless. Well, unless you go to a pretty boring location to begin with. But if you are covering a wide canvas when you are traveling, the sky is truly the limit. Through a previous place of employment, I was lucky enough to have travelled to Paris four years in a row. Anyone who knows that city knows that it is a photographer’s paradise to shoot in and you never run out of things to take pictures of.

I’m guessing that the United States will be the same should I be fortunate enough to carry out the cross country project come next summer. Obviously, America is a bit bigger than Paris so when it comes to figuring out certain things that you are dead set on photographing, you better start planning as far ahead as possible. Of course, there will be millions of other things to take pics of along the way, but in picking out certain locations in certain states you can eventually map out your route. Since I haven’t done this before -and since I have so many places I want to visit and shoot- the first draft of the journey is a bit…vast.

Playing around with Google Maps, I popped in the general locations of where I wanted to end up after leaving my home just outside of Boston. Heading down Highway 66, my first end destination is the Los Angeles area. After a quick stop near there to visit some friends, I would head up the West Coast to Seattle. You know, to stock up on coffee and what not. 😉

One area that I absolutely have to visit is Devil’s Tower in Wyoming. Ever since I was eight years old, this national monument has fascinated me. Why at such a young age, some of you may ask? Simple: 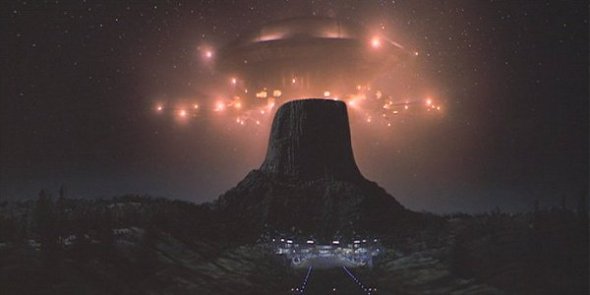 Well, seeing that on a 70mm screen when I was a very impressionable eight year old was the catalyst. Today, it’s the opportunity to photograph such a unique American landmark. Given some of the flat out remarkable photos I came across when I did a Google Search on Devil’s Tower (I recommend you give them a look as well), I would be an outright fool not to travel to Wyoming to visit it and Yellowstone National Park.

So many places, so little time. To visit, that is. Not plan. Hopefully a year will be enough to do that.

Choosing a follow up project is an endeavor that can be quite exciting, especially if you have the freedom to pick and choose what you want to do. It can also be an anxiety-inducing nightmare. Even if it is the latter, people with creative aspirations cannot help but put themselves through the stress in the hopes of finding a project that is going to be something new, fun and worthwhile. In 2013, that project was North of Boston, a collection of photos of the beaches and shores of several communities on the North Shore of Massachusetts. The follow up project was an attempt to make a motion picture based on said book that would feature Marlon Brando as the Massachusetts North Shore. That project sadly fell through when it was discovered that Brando was no longer with us.

With a window of creativity and opportunity open, several ideas were bounced around: a collection of nighttime photography of the city of Boston in black-and-white, a Cape Cod photography book or a book of time-lapse photography. All three of those projects may come to fruition at some point and will be worked upon from time to time during 2014. But the one idea, the one that came to mind a few weeks ago and hasn’t left since, is the one that will become the Next Big Project for this year and the summer of 2015: a cross country photography trip.

I know what you’re saying: a photographic essay on America? Now there’s something…original. True, there have been a million road trips taken by photographers in the hopes of capturing the new and old face of the American landscape and its citizens and probably twice as many books released on the subject. But the great thing about a project like this one is that no two trips are the same, no two projects are the same. I’m excited not only by the possibility of this project, but also of the types of photos I will get along the way. In going across the United States and taking as many pictures of this nation’s people, places and things as possible, I think that the possibility of producing one to two books along with prints, calendars and postcards will surface. A new gallery or two on the website may materialize as well.

As the road trip aspect of this project is roughly 13 months out, nothing has been set in stone yet. Logistics for a project such as this are pretty daunting and will take some time to properly fund, plan and execute. The first part of the project, taking place this summer and fall throughout New England, is obviously easier to accomplish. One of the items to work out is the actual route from east to west. There are some places that I will definitely hit and others that I will definitely avoid. If you have any suggestions on what you think would be cool to have photographed and included in the project, they can be sent to me either via the “Contact” page on my website, my Facebook page or via email at sfitzgeraldphoto@gmail.com.

You can find updates on this and other projects here on my blog throughout the year. I hope you’ll join me in what I hope to be the biggest project of my life so far. I can’t help but smile at the prospects.

If there was one thing I did not want nor need on my photography website, it was a blog. Try as I may, I never keep them current and in terms of my photography, the last thing I want to do is write about it. That’s why I take pictures. So I don’t have to write about them. When I write, it is usually about movies. You can find my weekly box office report at theHDRoom on Sunday afternoons and film and blu-ray reviews at Shawn’s Movie Corner.

In looking around at other photographer websites, I have come to the inescapable conclusion that blogs are a necessary evil. Which is why I have opted to put one in to replace the “Video” page, which has laid dormant since the site went live last month. Here you will find updates on projects and what not, including an announcement for a potential project for Summer 2015. What is said project? Come back soon and check out the blog!

In the meantime, click on the photo below to embiggen the teaser photo.